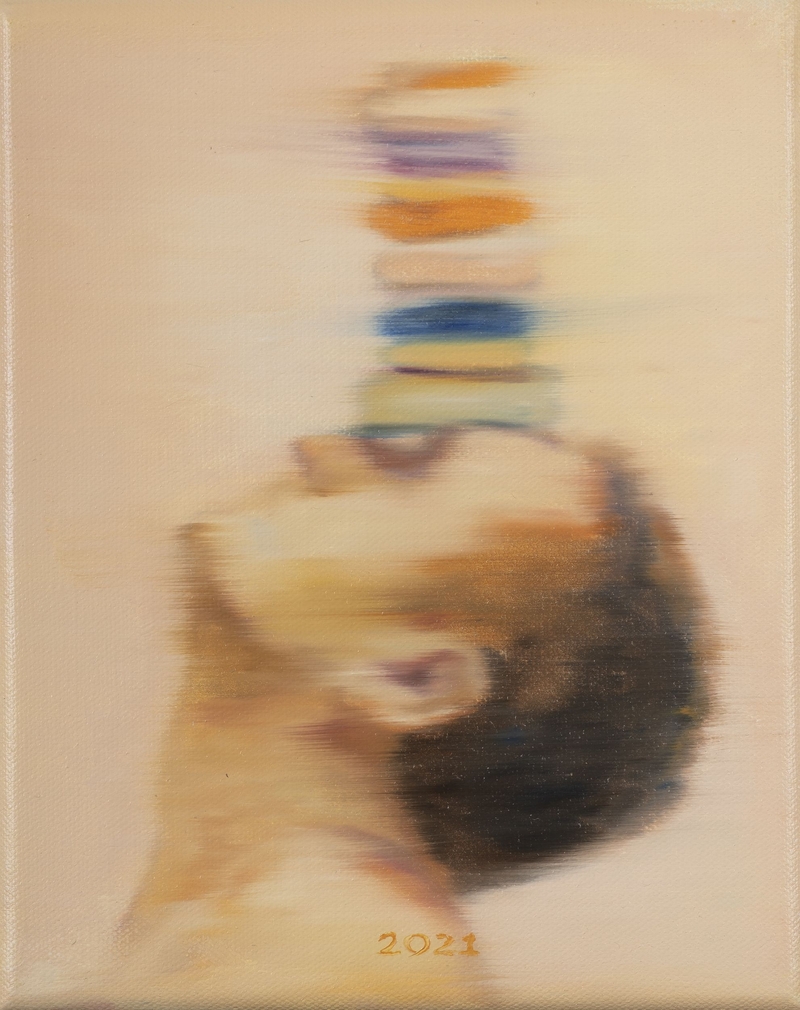 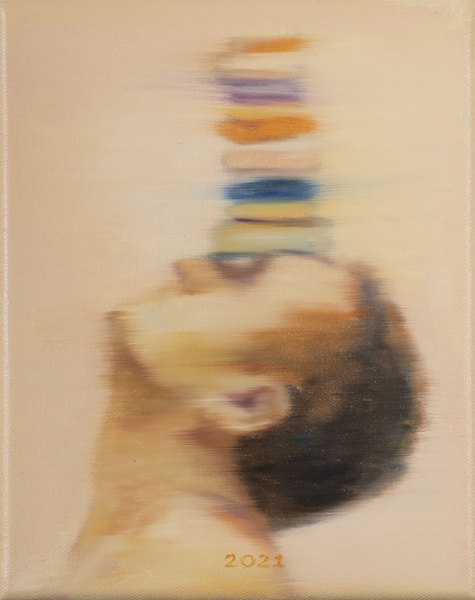 In his new project, Motolyanets gathers together almost ten years’ experience of working with soap, utilizing diverse media he has tried over the past years: painting, photography, sculpture, objects, performance.

Significantly, the first works in this cycle, canvases with depictions of piles of soap, were the artists’ response to the mass protests in Belarus two years ago. The political source of the works is not obvious. On the contrary, the towers of multicolored soap bars, in the style of “Richterian photo realism” are a triumph of the world of prosperity and consumerism, glamour and hedonism, and the hypertrophied scale reminds us of the success strategy in the promo images of pop art.

The artist turns the aesthetic of “capitalist realism” against itself, working on its territory – and the silent opposition of stretched figures (lying and standing) refers to archaic forms of rituals, traces of which remains in primitive structures – dolmens.

Rituals of purification? Stones worn away by time, wind and water, dolmens are synonymous with slivers of soap: the natural and the elemental rhyme with the human and social. There is something childish and infantile in building soap dolmens – a return to archetypical structures, asserting the presence of humans in the world.

IN PROGRESSTsikarishvili Alexander
Landscape 3. From the “Abstract Politics” series
640 000 ₽

IN PROGRESSMaiofis Gregori
It is hard, but in time you get used to it
480 000 ₽