Kill them with kindness - Collect Now | Gallery of modern art 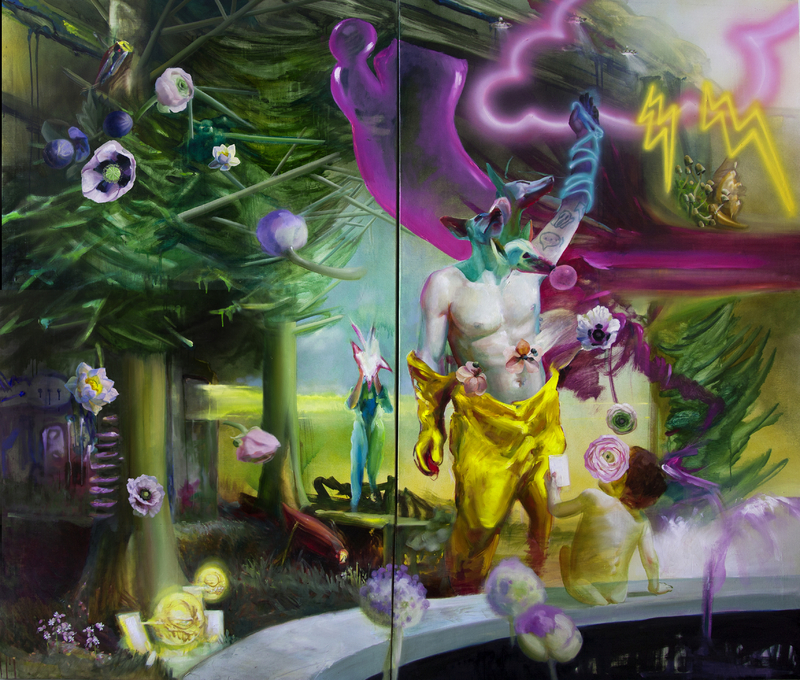 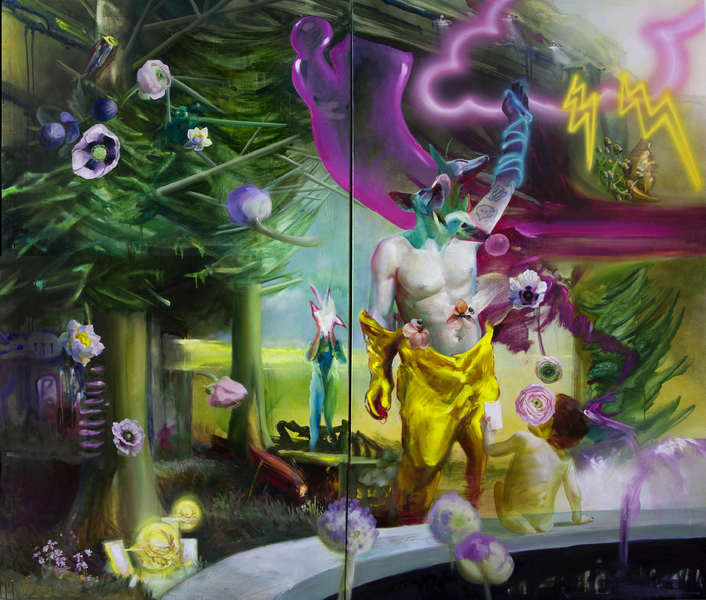 Kill them with kindness

The “dark wood” has been used for centuries to represent a place of mystery and danger. In old German fairy tales the forest is where the monsters dwell. In some epic poems, the forest is an unintelligible will that acts in the interest of no party, seemingly contradicting the desires of those who wander in or take it for granted. While yet in other literary works, the forest is a stand-in for the sphinx, offering a hero their chance at glory should they prove worthy. Like in Waiting for Godot, in interacting with virtuality we replay the same simulation, without recollection, harboring inextinguishable hope for salvation. Beckett’s Vladimir and Estragon cannot affect anything, they can’t even die. There is nothing to be done but to observe the transformation and attempt to comprehend it. Humanity has invented the virtual as a form of escape, but also of self-justification. Mythos is not only knowledge, but also purpose. As the real and the virtual disintegrate into one another, the human becomes the raw material. Cyberspace, like the forest, is a consciousness with agency that incessantly asserts itself by consuming our thoughts and desires. The will of Oberon is acted out by the cyberacolytes in the guise of corporate CEOs with virtual-only interfaces, who have transfixed us with their digital enchantments. Our collective humanity is confined within our perpetually contracting attention spans while technological progress accelerates the metamorphoses. You know you are alive because you see and hear, even though your senses are stimulated into a stupor. The selfie-taking sphinx might offer salvation, if you can get its attention.

Crocodile Power (Peter Goloschapov [b.1982] and Oxana Simatova [b.1979]) is a duo of Moscow-based artists working primarily with painting and sculpture using a variety of mixed-media techniques. Addressing the ramifications of technological progress, the artists highlight the physical and psychological transformations that we are undergoing as a result of our interactions with virtuality. Their practice is rooted in an examination of the impalpable sense of uncertainty and loss of self, a reckoning with the erosion of purpose that defines the contemporary human condition in the age of virtuality.

ENJOYMotolyanets Semyon
The building of a pure future (pink).
840 000 ₽