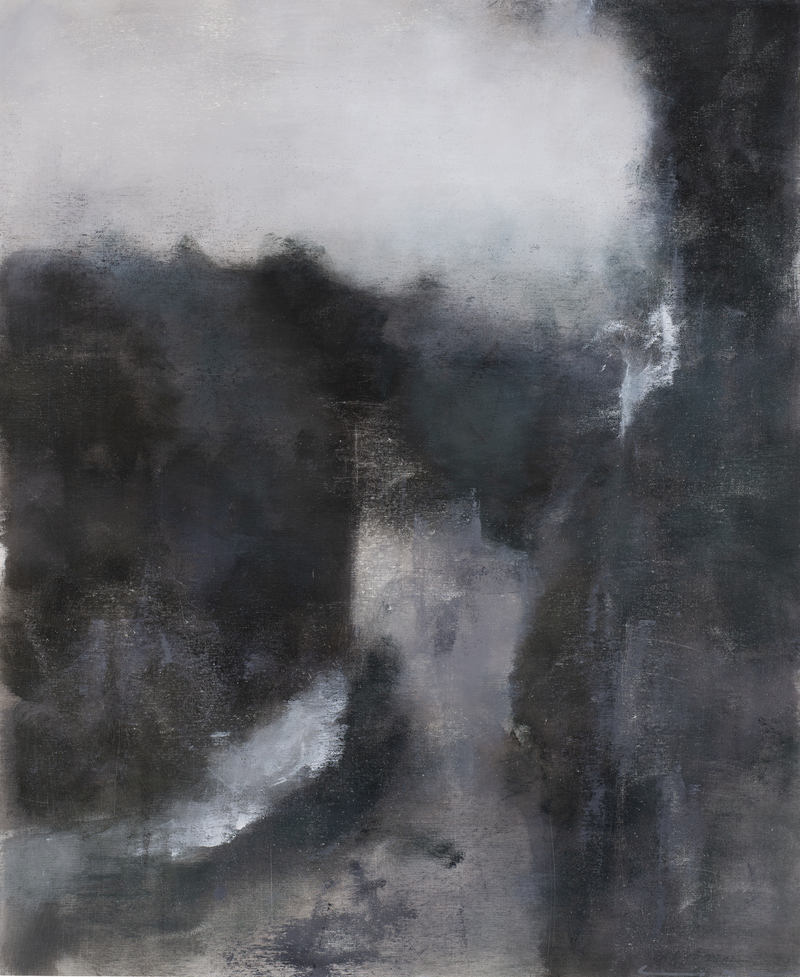 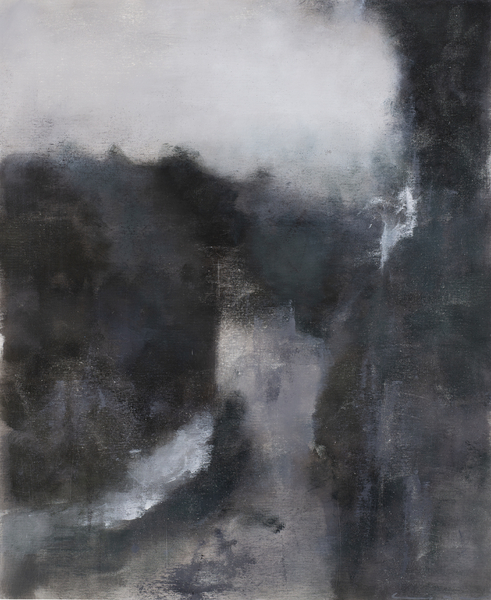 "The fourth series "Places," begun in 2012, is a continuation of a reflection on representations of "Places" as spaces meant for humans, but in their states of being before and outside humans. The previous series were about total anxiety, frozenness, and the impossibility of exit. The painting "Loc.4" is about fragility and instability as a core note of the modern world, but beyond the statement, the message of it, it is itself traumatized, through the erasure of paint, the scratching. The trauma of the paint layer, which itself is not visually defined, is among other things an attempt to answer the question of the possibility of the existence of painting as a practice related to the body in the context of the endless production of digital images. At the same time, in the tradition of the artists of the 60’s and 70’s, I am not aiming at overcoming, at destroying the picture as an object for the sake of entering a new space or fixing the experience of impact itself. I am interested in how traumatic experience is aestheticized, how the mechanism of the visualization of our actions is revealed. These days everything is visual - politics, psychology, personal life, etc. For the post-Internet person everything is an excuse to create and confess a picture (image) of himself. So, as if without a demonstration, without a certain mirror participation of the collective and anonymous Other, we cannot assess the degree of intimate, personal, deep impact of certain events on us. And so in the painting of Loc.4, erasures, scratches, without destroying, become part of, even the luxury of the pictorial layer. And in these technical damages one discovers if not the original, then the individuality." Alexey Gan

IN PROGRESSRudyev Andrei
They are already here.
112 000 ₽

IN PROGRESSPARAZIT Group
Greta Dimaris. The power of thought.
91 000 ₽