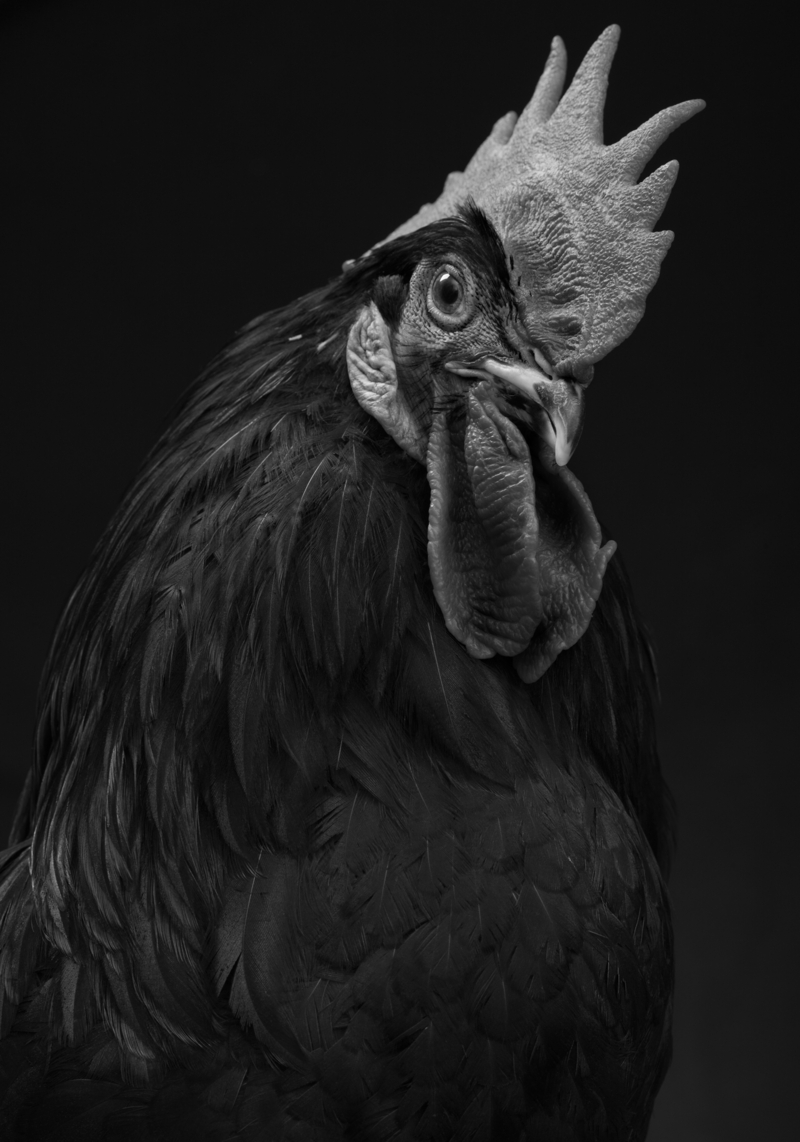 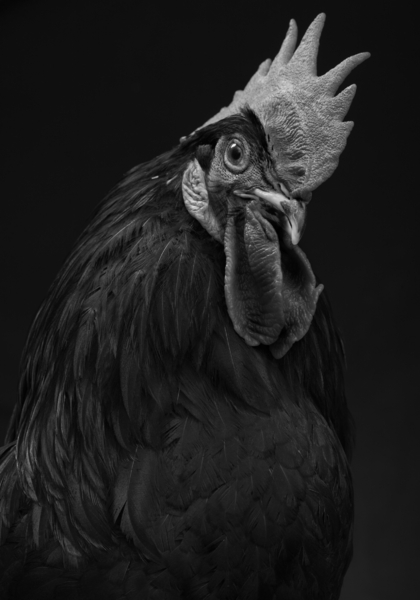 The elite is vulnerable. The most perfect individuals belong to it. Happy few is a result of selection, compared to which natural selection with its concept « it is the strongest, who survives» seems to be the triumph of love for one' s neighbor. The most viable and useful individuals become the standard of a new breed. The rest are destined to destruction. The fate's darlings will be considered as a unique standard according to which they and suchlike will be reproduced to give fowl, eggs and down. The perfect ones will go for broth, omelette and down-padded coats. The powerful nature and grotesque protrude in these gala photoportraits. The fascinating and handsome highbred roosters are gazing at us with superiority like the characters of Richard Avedon. They have tough temper. You'd better not quarrel with them, as chicken is believed to be one of the cruelest birds and one of the funniest in its arrogance and conceit. Really, the dominating males depicted in the photos are comical like noblemen in the portraits created in icon painting traditions of the times before Peter the Great. Extraordinary fluffy snow-white feathering, foppish tousled crest, stick out breast, haughtily turned-up beak make them look like bosses, who are in charge of everything. Their astral CVs immortalized in marble speak in the language of secret signs and symbols about futility of ambitions and bankrupt vanity fair. Heroics of everybody's war against everybody remains on the pages of historic researches. Tyrants, national leaders and other geniuses of narcissism are depersonalized by the system of common benefit and mutual guarantees.

IN PROGRESSAkhmetgalieva Tanya
#7. From "If you want I can disappear" series
196 000 ₽

IN PROGRESSMaiofis Gregori
Keep away in a safe distance
245 000 ₽

IN PROGRESSAkhmetgalieva Tanya
#2. From "Maybe She Would Laugh" series
105 000 ₽