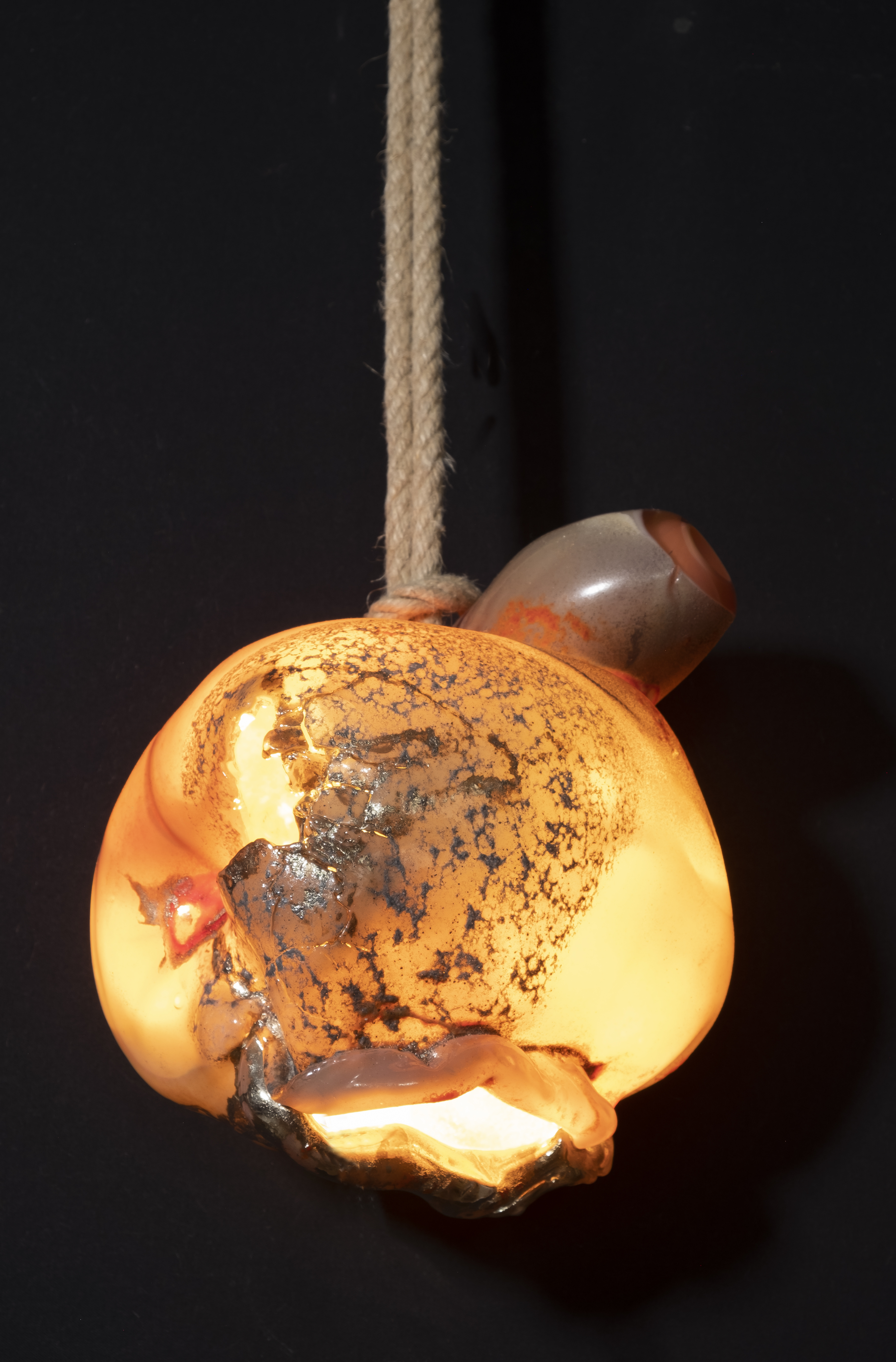 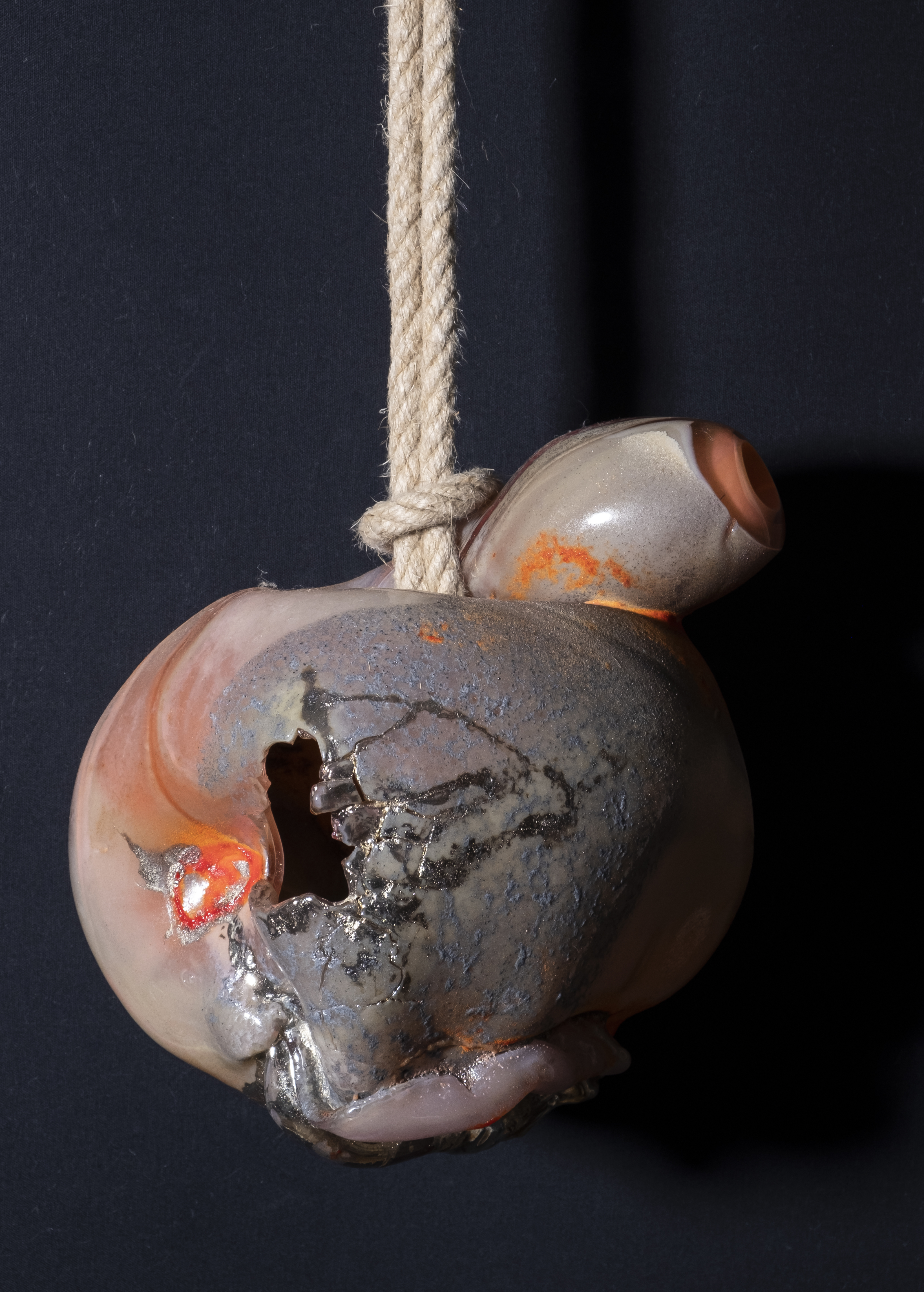 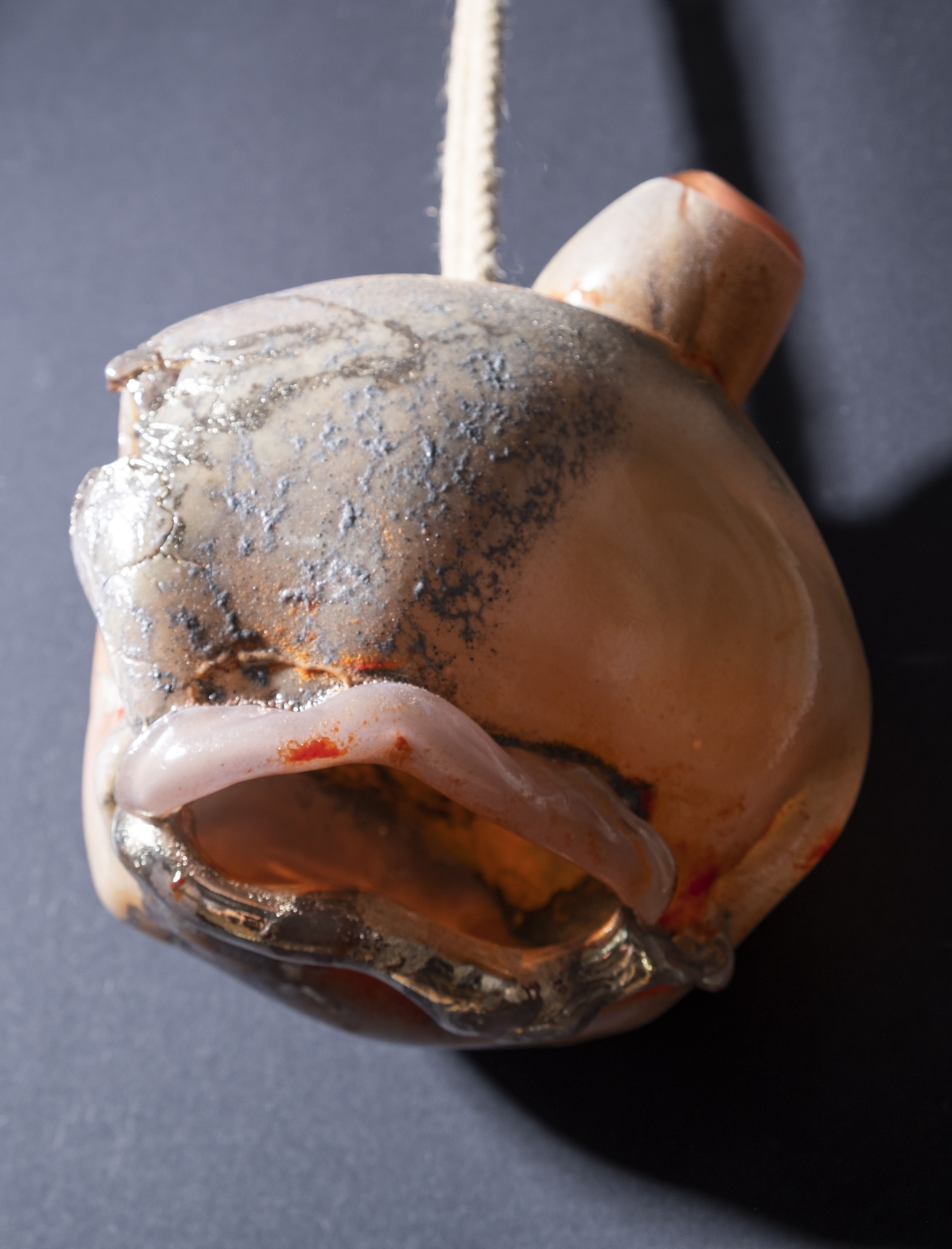 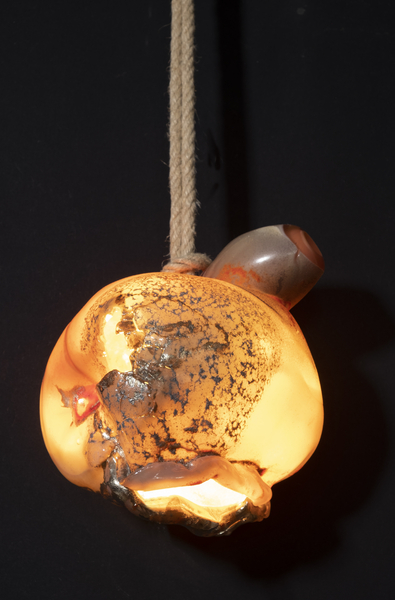 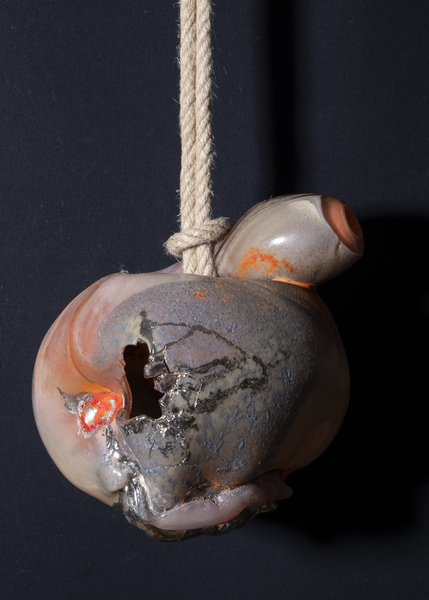 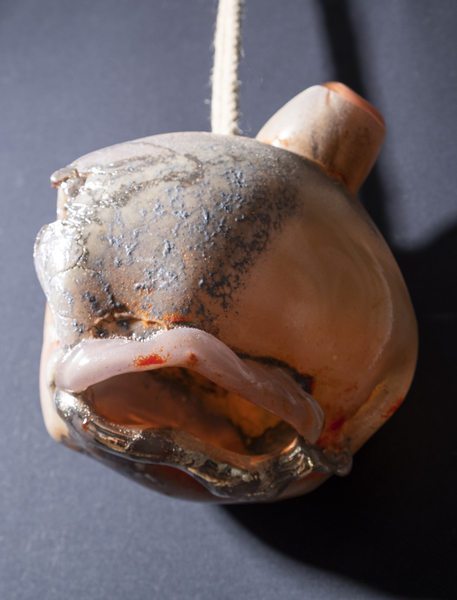 In the Bodegones cycle, Maria Koshenkova develops another reference to the concept of the object. In this case, it is a reference to the prime of Spanish still life in the 16th and 17th centuries. On the canvases of one of the most prominent representatives of the genre, Juan Sanchez Cotan, fruits, vegetables and animal carcasses are depicted in stone niches on a dark background. The isolation of these familiar images with sharp lighting and a hyper-realistic style gives them a monumentality—in stark contrast with their perishability. The same dialectic is reflected in the works of Maria Koshenkova. Kotan achieves it by contrasting the consciously chosen transience of the objects depicted (fruits, dead animals and vegetables) with a brilliant and anatomically accurate style of painting, while it comes through in Koshenkova’s work via the contradiction inherent in the use of glass as a material for artistic objects. On the one hand, we acknowledge the fluidity of the material that is difficult to control (“glass never obeys the plan”), while on the other hand, we see the clarity and sharpness of the form that remains when the creative process stops. The contrast between impermanence and perpetuation becomes visible and tangible.

In this space encompassing food service equipment, refined artificial objects made of glass, and references to art history, the artist gives the viewer the opportunity to sensually trace the genesis of the object and the space. The subject matter of her works fluctuates between healthy humor and depicting the inevitable. The French term nature morte (still life) is an apt characterization of Maria Koshenkova's art. The sensuous, lively movement of the creative process and the completion of the act through the audience’s perception are fused together and frozen in a solidified form. A symbol of timelessness. Memento mori.

Maria Koshenkova (b. 1981, St.Petersburg) is an artist and sculptor, famous for creating works of glass. Works in Russia and Denmark.

According to Maria, glass is an ideal material for creating compound objects, for exploring a delicate balance, located on the border of beauty and brutality.

Maria usually develop a series of sculptures within the same conceptual framework. First, an idea is created, and only then materials are selected for it, which is why they are so diverse: glass, wax, paper, “found objects”.

In my works, I seek to merge the essential raw conditions of being human - which my Russian background has installed in me - with my adopted Scandinavian aesthetics.

IN PROGRESSMaiofis Gregori
I hear the stream flowing
280 000 ₽