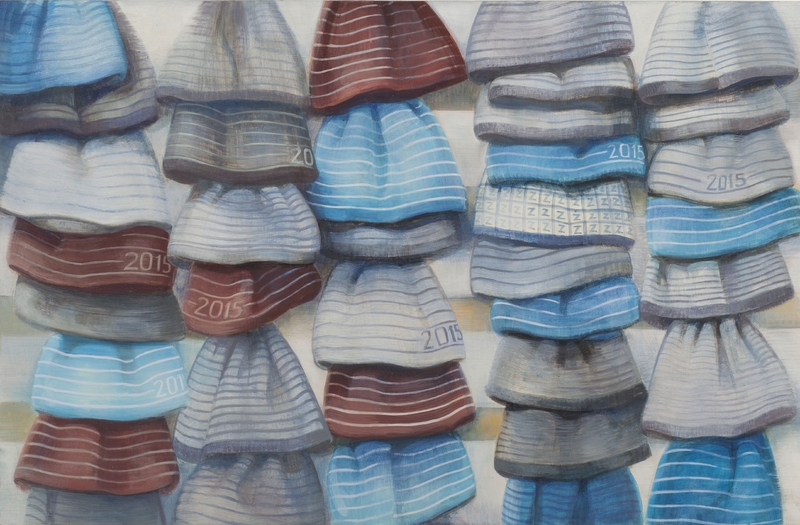 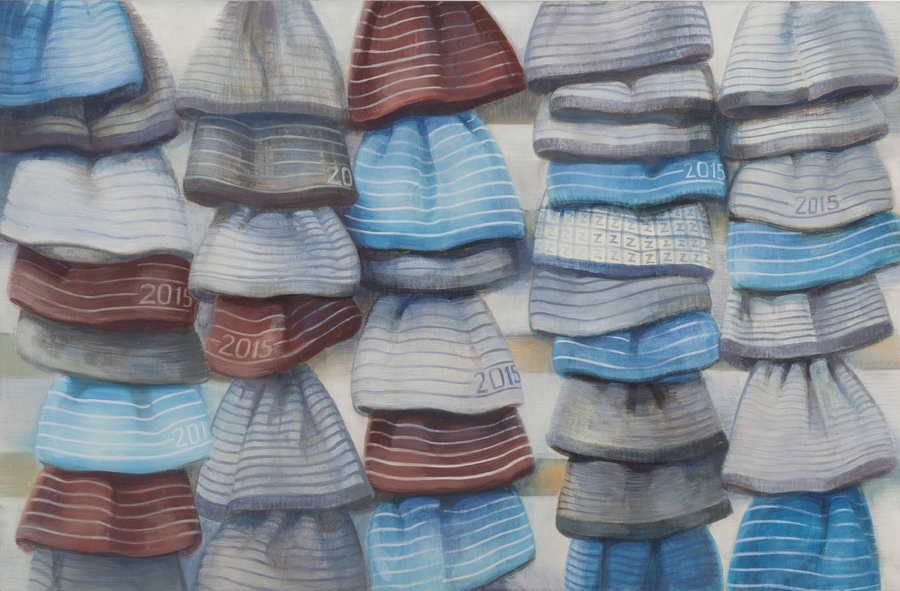 But we must jump to the end. We must instead take into consideration the principle of separateness, which is so important in “Cosa Mentale”. In these paintings there is some sort of separation and isolation – at least for what concerns the outside – as in the title itself. Somehow, all these intimate, small, and carefully painted works are related to cabbage soup: the recipe of this traditional dish has been carefully rewritten by the artist. Viewers can learn about all the stages of its preparation, all movements – slicing, blanching, stabilizing, and so on. The mysterious magic of the gestures hidden in the recipe resonates as the alchemical kitchen of painting: rubbing pigment, mixing the emulsion, making the primer. Besides all the crossreferences in the process of cutting, splitting and mixing, the recipe of this traditional dish refers to the universal and impersonal, because it has no author, “lyrics and music from tradition”. The same anonymity can be seen in each subject. They are as caught by the flash of a mobile phone from the flow of everyday life. As a matter of fact, they deliver no message. These reflections, chandeliers, napes and hats can be read as the disembodied husk of a reproduction, if not the specifically bodily and material flow of the painting. Their smallness and fragmentation makes them "icons" of the virtual world. These scraps from everyday life, made with the technology of real icons (they are painted using egg tempera on chalk boards with gesso), are surprisingly dense and heavy.

IN PROGRESSYufit Evgeny
From the series " Spit of maturity".
490 000 ₽